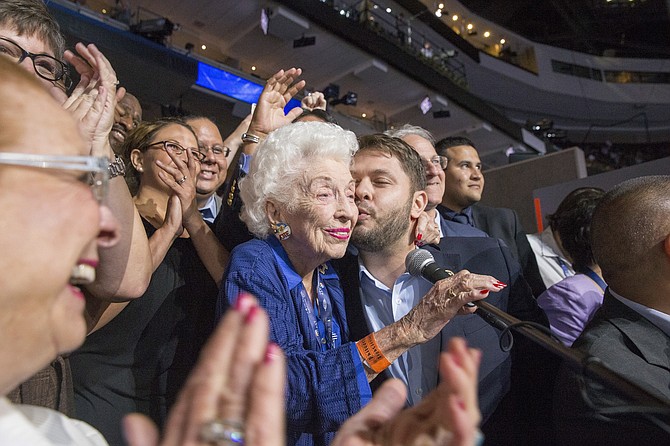 State Delegate Rep. Ruben Gallego kisses Jerry Emmett, 102, of Prescott, Arizona, center, on the cheek during an Arizona state delegation roll call at the Democratic National Convention in Philadelphia Tuesday, July 26. Emmett was born before women gained the right to vote in America, so it's fitting she announced that the Arizona delegation was casting 51 of its 85 votes for Hillary Clinton for president.

PHILADELPHIA, PA. – The grande dame of this Democratic National Convention is none other than 102-year-old Jerry Emmett of Prescott.