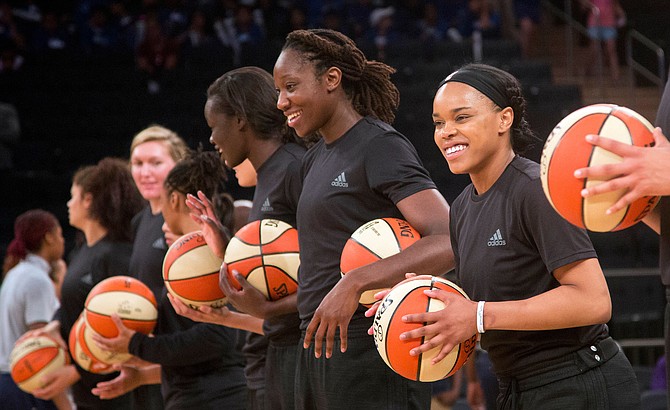 Members of the New York Liberty basketball team await the start of a game against the Atlanta Dream, in New York. The WNBA has fined the New York Liberty, Phoenix Mercury and Indiana Fever and their players for wearing plain black warm-up shirts in the wake of recent shootings by and against police officers. All three teams were fined $5,000 and each player was fined $500. While the shirts were the Adidas brand - the official outfitter of the league - WNBA rules state that uniforms may not be altered in any way.

NEW YORK — Social activism is coming at a cost for WNBA players.