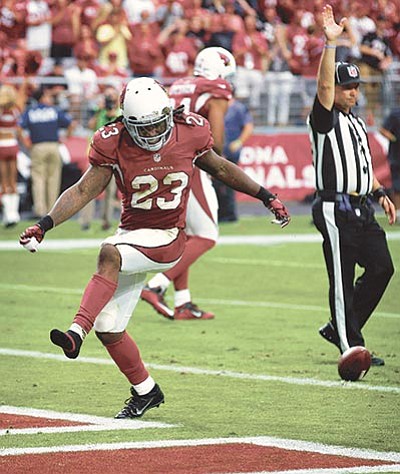 Ross D. Franklin/The AP
Arizona Cardinals running back Chris Johnson celebrates a run against the San Francisco 49ers during the second half of Sunday’s game in Glendale.

With Palmer at controls, Cardinals' offense in high gear

TEMPE - Through three games, Arians-ball sure looks like a force to be reckoned with in the NFL.

By By Bob Baum September 30, 2015
Tweets by @TheDailyCourier
Event Calendar