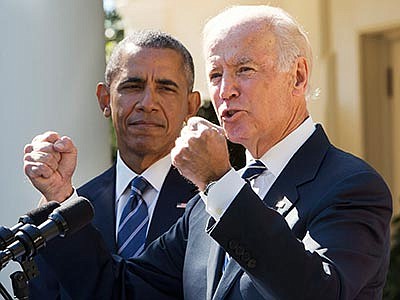 Jacquelyn Martin/The AP
Vice President Joe Biden, with President Barack Obama, gestures as he speaks in the Rose Garden of the White House in Washington, Wednesday, Oct. 21, to announce that he will not run for the presidential nomination.

Biden says he won't run for president, a boost for Clinton

By By Josh Lederman October 21, 2015
Tweets by @TheDailyCourier
Event Calendar