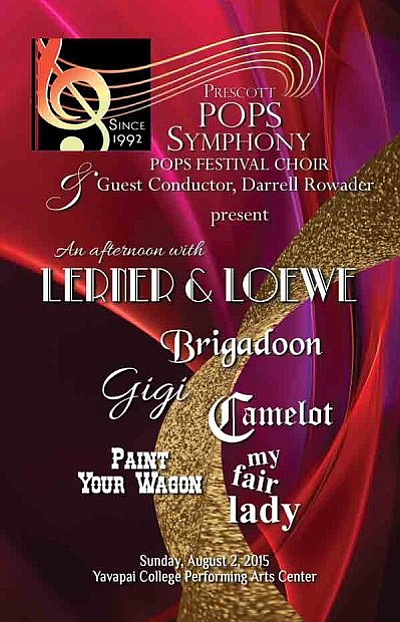 On the heels of last month's Prescott POPS performance featuring Paul Manz' return to conduct his favorite musical compositions, the symphony's season upcoming performance centers on the songs of Alan Lerner and Frederick Loewe. At the performance on Sunday, August 2 at the Yavapai College Performing Arts Center, the orchestra will be conducted by Darrell Rowader and joined by the POPS Festival Chorus.