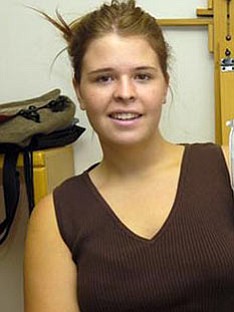 In this May 30, 2013, photo, Kayla Mueller is shown after speaking to a group in Prescott, Ariz. A statement that appeared on a militant website commonly used by the Islamic State group claimed that Mueller was killed in a Jordanian airstrike on Friday, Feb. 6, 2015, on the outskirts of the northern Syrian city of Raqqa, the militant group's main stronghold. The IS statement could not be independently verified. (AP Photo/The Daily Courier, Jo. L. Keener)

PRESCOTT, Arizona (AP) - The parents of a 26-year-old American who Islamic State extremists say was killed are still hopeful she was alive.

By The Associated Press February 7, 2015
Tweets by @TheDailyCourier
Event Calendar