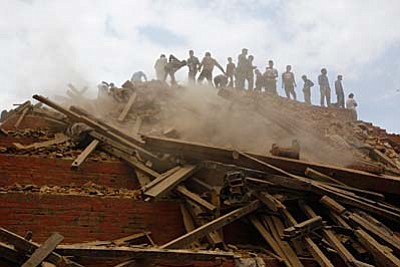 Tens of thousands of people were spending the night in the open under a chilly and thunderous sky after a powerful earthquake devastated Nepal on Saturday.