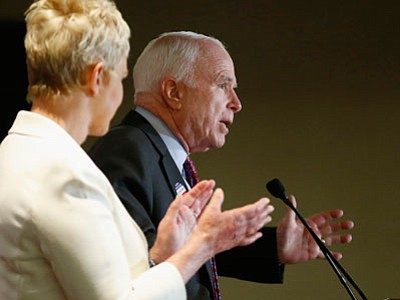 Republican Sen. John McCain said Thursday he is preparing for a strong primary challenge if he moves ahead with a re-election bid in 2016.

By The Associated Press November 6, 2014
Tweets by @TheDailyCourier
Event Calendar