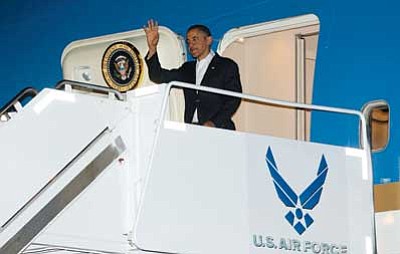 AP photo
President Barack Obama waves as he gets off Air Force One upon his arrival at Joint Base Pearl Harbor-Hickam, Honolulu, Hawaii on Wednesday. The president is back in Hawaii for vacation after a tense standoff with Congress over the fiscal cliff.

Taxes rising for most people despite fiscal deal