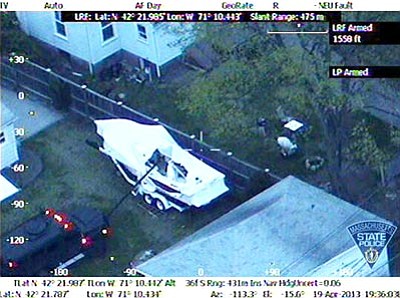 Boston Marathon bombing suspect Dzhokhar Tsarnaev lay hospitalized in serious condition under heavy guard Saturday - apparently in no shape to be interrogated - as investigators tried to establish the motive for the deadly attack and the scope of the plot.People across the Boston area breathed easier the morning after Tsarnaev, 19, was pulled, wounded and bloody, from a tarp-covered boat in a Watertown backyard. The capture came at the end of a tense day that began with his 26-year-old brother, Tamerlan, dying in a gunbattle with police.