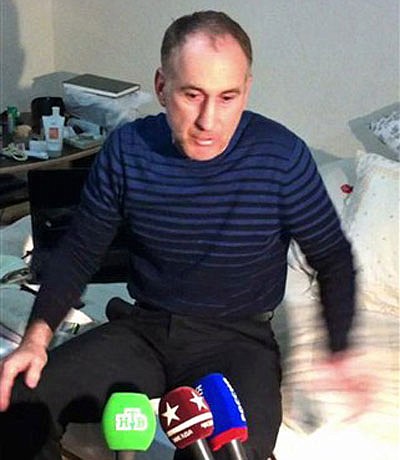 In this image taken from a mobile phone video, the father of USA Boston bomb suspects, Anzor Tsaraev reacts as he talks to the media about his sons, in his home in the Russian city of Makhachkala, Friday April 19, 2013. One son is now dead, and one son Dzhokhar Tsaraev is still at large on Friday suspected in Monday's deadly Boston Marathon bombing which stunned friends who have pleaded for the surviving brother, described as bright and outgoing young man, to turn himself in and not hurt anyone.(AP Photo)

The father of the suspects in the Boston Marathon bombing described his fugitive son as a smart and accomplished "angel" in an anguished interview in which he claimed they were set up.