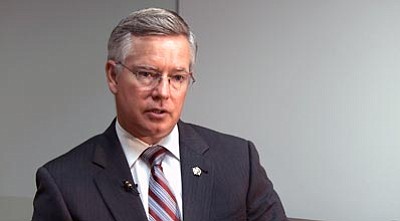 Cassondra Strand/Courtesy photoMaricopa County Attorney Bill Montgomery has become the public face of the opposition against Proposition 121, a ballot measure that would create an open primary system that would advance the top two candidates, regardless of party, to the general election.

PHOENIX - They don't agree on much, but a plan to create "top two" primaries has Arizona's major and minor political parties on the same page - or at least close to it.