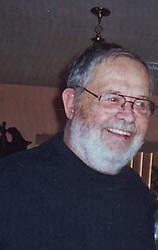 Oscar William (Bill) Anderson Jr., the eldest child of Oscar William and Mary Anderson, was born Oct. 13, 1934, in Detroit, Mich., and passed away on May 27, 2011, at his home in Spring Valley, Ariz.Bill graduated from Birmingham High School in 1952. He then became the fourth generation in his family to attend Albion College, where he was a member of the Alpha Tau Omega fraternity and co-captain of the swimming team.