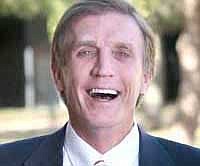 HOLLYWOOD - God bless America, and how's everybody?MGM announced Tuesday it will film and release a new James Bond movie next year despite studio financial problems. The next Bond movie acknowledges the recession. It is called "The Spy Who Loved Me - While He Was Waiting for a Second Interview at Walmart."