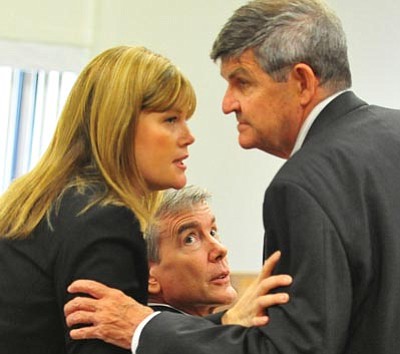 A Superior Court judge indicated that he may take matters into his own hands, warning lawyers Friday that he might have to declare a mistrial in the Steven DeMocker murder case.DeMocker, 56, the Prescott stockbroker who prosecutors say killed his former wife, Carol Kennedy, on July 2, 2008, to avoid paying hefty alimony bills, appeared calm and friendly, speaking with his former defense lawyers who pulled out of his case mid-trial for reasons that remain under seal.