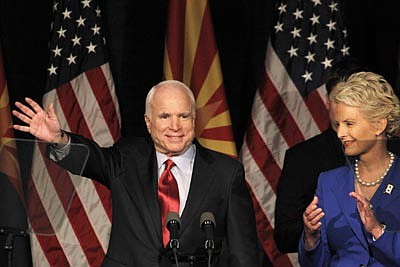 Sen. John McCain routed conservative challenger J.D. Hayworth on Tuesday in the Republican primary in what could be the final campaign for the former GOP presidential nominee.McCain spent more than $20 million to beat back an aggressive challenge from Hayworth, who relentlessly attacked the senator for his shifting stance on immigration and sought to tap into the anti-incumbent rage that has taken down other lawmakers in 2010.

By The Associated Press August 24, 2010
Tweets by @TheDailyCourier
Event Calendar