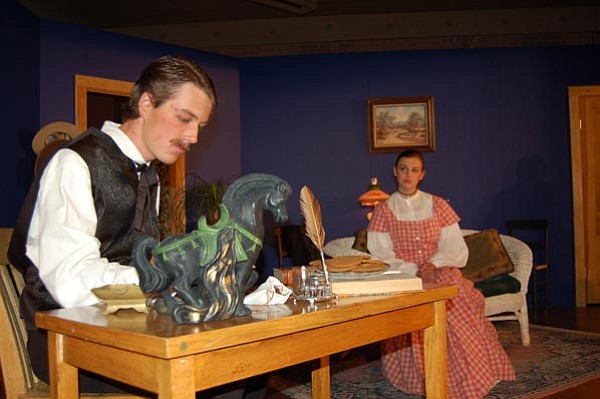 To those who knew him best, William Owen "Buckey" O'Neill was a fearless patriot whose undying love for the United States ultimately cost him his young life during the Spanish-American War of 1898.On Saturday afternoon, Sharlot Hall Museum's Blue Rose Theater put on the second of seven performances of "They Called Him Buckey," a story that examines the brief, illustrious life of O'Neill.