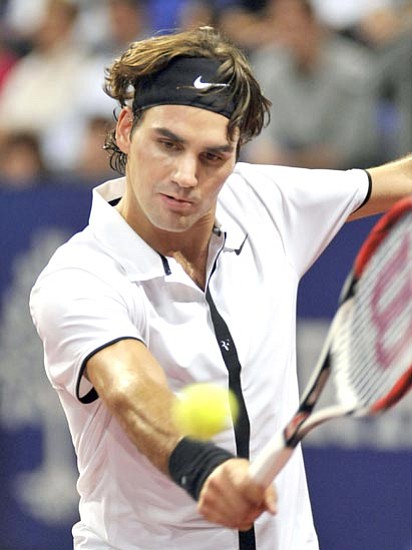 Georgios Kefalas/The Associated PressFor all his accomplishments, Switzerland’s Roger Federer, seen at the Davidoff Swiss Indoors tournament in Switzerland on Thursday, hasn’t been able to pull off the Slam.

Only five players have been able to the almost impossible Grand Slam since the possibility existed in 1905 for men and 1922 for women.