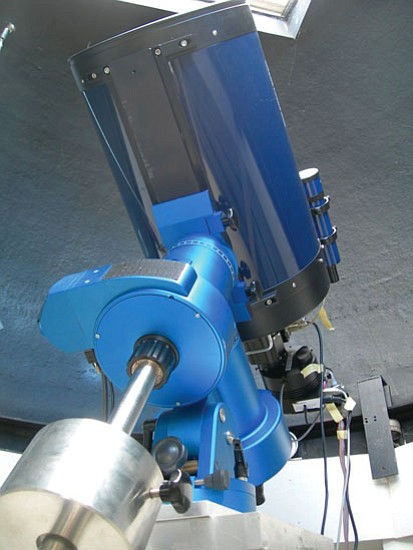 Courtesy/ERAU
Embry-Riddle Aeronautical University’s observatory features a 12-inch Schmidt-Cassegrain telescope on a German astronomical mount. A photometer attached to the eyepiece allows study of variable star systems. Researchers can also attach a spectrometer and CCD camera to the telescope. ERAU will offer a public open house at the observatory April 15.

The list of Prescott Astronomy Club free public events during its fifth anniversary year is bigger and better than ever, with the help of new local participants such as Embry-Riddle Aeronautical University.