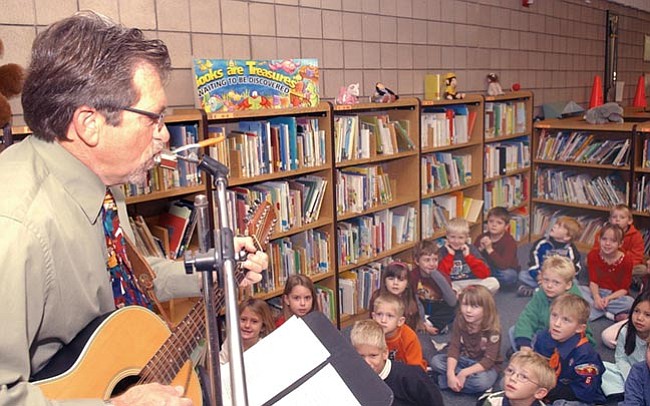 Prescott has a number of holiday concerts during the month of December, but Larry Peterson's one-man performance faced an especially tough crowd on Tuesday. As he began his rendition of "I Saw Mommy Kissing Santa Claus," a member of the audience declared, "Eww, that's so gross!"