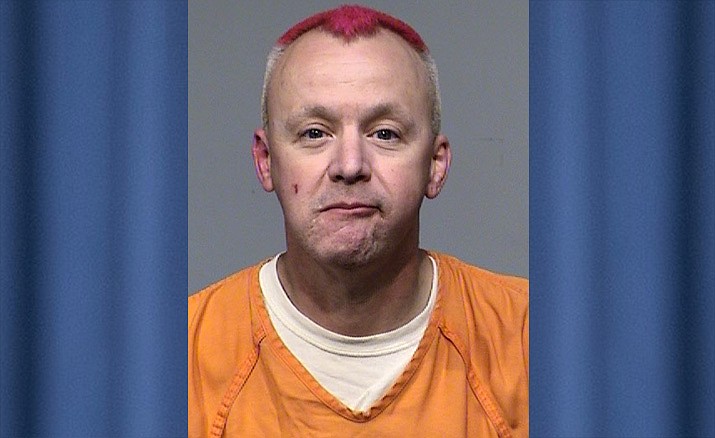 On Oct. 16, 2022, Prescott Police responded to a domestic dispute at a hotel in the 1100 block of East Sheldon St., Prescott. While speaking with the female involved, officers noticed drug paraphernalia and some M30 fentanyl pills inside the subject’s room. The female stated the drugs belonged to Fenlon, the other party allegedly involved in the earlier dispute. Fenlon, who returned shortly thereafter, was also found in possession of a large amount of cash.

A search warrant was later served on the room. Approximately one-third pound of methamphetamine was seized along with a few hundred fentanyl pills. Fenlon was arrested and charged with multiple crimes, including Possession of Narcotics for Sale and Possession of Dangerous Drugs for Sale. He was later released and has failed to appear for his court dates. He now has a warrant for his arrest.

Fenlon is described as a 49-year-old white man, 5-foot-8 and 160 pounds with pink/or possibly gray hair. His last known address was in the 10500 block of North Patina Road, Prescott.

If you provide information leading to the arrest of Day 17 of CATCH 22, you could earn a cash reward of up to $1,000. To earn your reward, you must call Yavapai Silent Witness at 1-800-932-3232 or submit a tip at yavapaisw.com. All calls or tips provided to Yavapai Silent Witness will be completely anonymous.