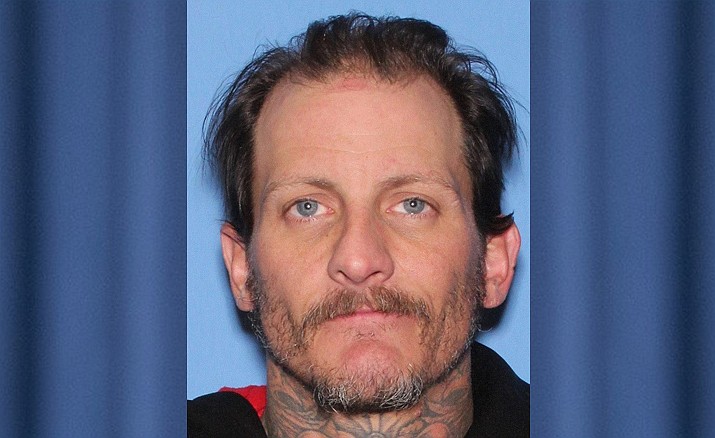 John Robert Meraglia III, 44, who was convicted of a sex offense that allows for community notification, has advised the Yavapai County Sheriff’s Office (YCSO) that he will be living on North Cleveland Street, in Paulden, according to a news release.

He is not wanted by the YCSO at this time.

“This notification is not intended to increase fear, rather it is the Sheriff’s Office belief that an informed community is a safer community. Citizen abuse of this information to threaten, intimidate, or harass sex offenders will not be tolerated,” YCSO stated in the news release.

The YCSO would like to remind the public that the Sex Offender Registration and Notification program available at ycsoaz.gov. This registry will allow anyone to enter a local address which will result in a list of sex offenders registered in Yavapai County living within a one mile radius of the entered address. The registry will also provide information about particular sex offenders registered in Yavapai County.

Additionally, a free email notification program is available which will alert you to any sex offender registered in Yavapai County, who resides within one mile of the address entered on your subscription.

For more details about this important public service tool, please view the online presentation available by clicking the Sex Offender Registry link at the top of the YCSO home page, ycsoaz.gov.

The YCSO Crime Prevention Unit may be reached at 928-771-7441 and is available to help you join or start a neighborhood watch program as well as provide you with useful information on personal safety. If you have information regarding current criminal activity on this or any other offender, please call Yavapai Silent Witness at 800-932-3232.