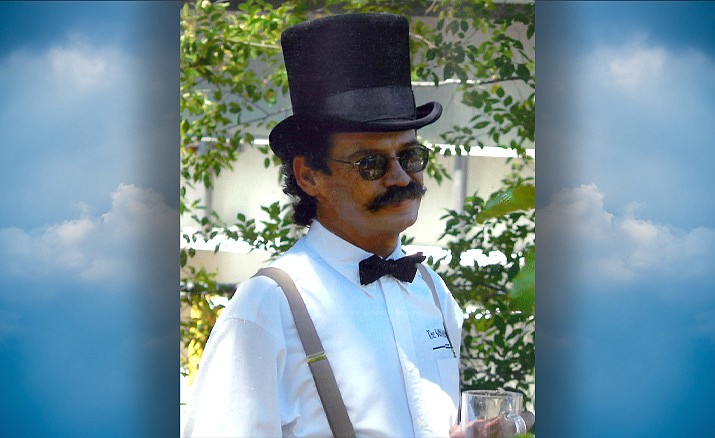 Robert Eugene Kellerman was born on February 9, 1950, in the small town of Carrollton, Illinois, just north of St. Louis. Bob (as he was known to his friends and family) passed away peacefully in Prescott, Arizona, on September 15, 2022, at the age of 72 with his family and close friends by his side.

Bob was the 8th of 11 children born to Harold and Elvira Kellerman. He spent his childhood years living near the Illinois River in a crowded and modest home with constant activity and siblings everywhere. The family relocated to Prescott, Arizona, in 1959 when he was 9 years old. He grew up pursuing his artistic talent while helping his father build... well, anything he was told to.

As a young man, he met his first love and wife, Diana Jones, with whom they rejoiced in the birth of Bob’s first two sons Brian and Robert. He met the love of his life Karen (Rowley) Kellerman, a local girl who was wheeling around the softball field in the summer of 1980. Karen and Bob shared a passion for the outdoors and their love grew as they explored new trails together. They were married on Thumb Butte in Prescott surrounded by their friends and family. They shared a life and marriage of 40 years accumulating a wealth of love, adventures, and friendships along the way. Their love of nature extended to their two sons Daniel and Jonathan, with whom they all shared countless adventures hiking, camping, and rafting together as a family while exploring new frontiers.

While he was too modest to admit it, Bob was a consummate artist and woodworking was his master craft. He was a lover of wood and everything good, and he found his calling as a carpenter, a craft which he continued to perfect over 40 years of building a multitude of houses, decks, cabins, stairs and much more, each merging his creativity, unique vision, and attention to detail. He was determined to accomplish whatever he set his mind to, and his handiwork can be seen throughout the Prescott area and beyond.

He was happy and caring and his generous demeanor was felt by everyone he met, with an unmatched ability to spread laughter and smiles through his enthusiastic dancing, elaborate costumes, witty sense of humor, and positive energy. Bob’s antics were legendary, and all who knew him have their own special stories to tell. So, the next time you’re on the dancefloor, flying a kite, riding a bike, or dressing up in a silly costume, please think of our Bob and smile.

Robert was sadly preceded in death by his mother Elvira, his father, Harold, his three brothers, Frederick, Larry and David, and his niece, Callie Beatrice.