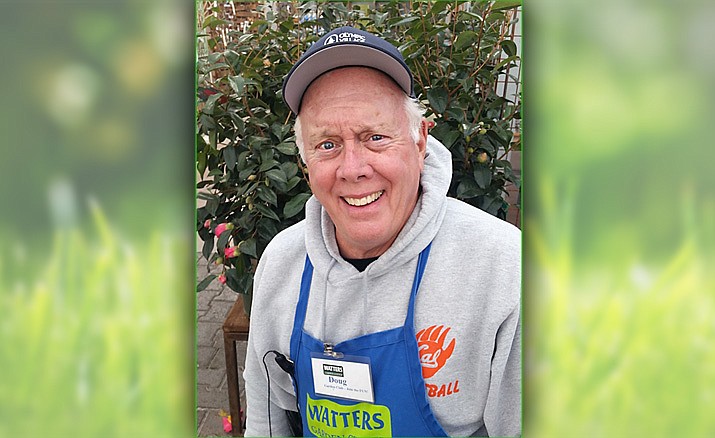 After college graduation he moved to California, where he spent several years working in the printing industry. He married his wife, Joan, on October 11, 1980, and their son Chris was born in 1986.

Doug and Joan moved to Prescott in 2008. He continued working in the printing industry for several years, until he found his calling and began a long and satisfying career at Watters Garden Center. While employed at Watters, Doug completed the Master Gardeners program, and he could be found helping customers on-site as well as off-site conducting landscape consultations. Joan believed these years — commiserating with both garden center employees and customers — were some of the happiest of his life.

It was important to Doug that he be involved in his community. At various times he was a member of Toastmasters, the Chamber of Commerce, and Prescott Area Leadership (PAL), among other organizations. Despite his full schedule, he still found time to pursue his passions, which included golf, swimming, reading, hiking, and spending quality time with his companion animals.

Doug is survived by his loving wife of 42 years, Joan: his son, Chris; and his sisters Nancy (Andrew) Gentile and Suzanne (Brian) Jones.