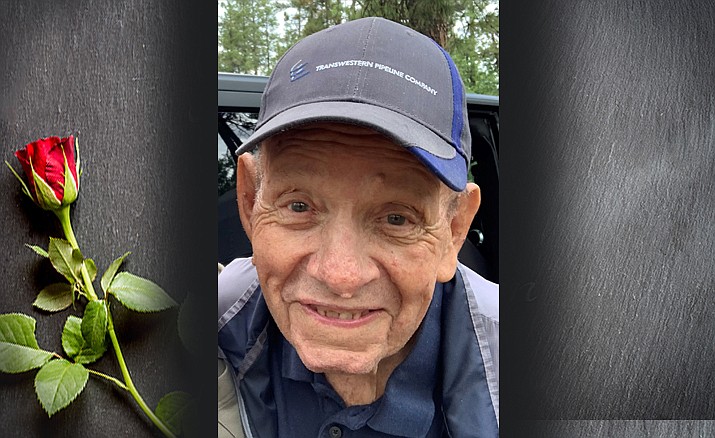 Sept. 15, 2022, Robert C. Brown “Bobby” was reunited with his wife Nova. Robert was born on June 5, 1934, in Flagstaff, Arizona where he lived in a cabin at the base of snow bowl for his first six months, before moving to Prescott, Arizona where he has resided ever since. He graduated from Prescott High School in 1953, lettering in Tennis, Football and Basketball. In June of 1957 he married the love of his life Nova and together they had two children: Jeff and Karen.

Living in Prescott for most of his life, people knew him best as Bobby Brown. Bobby had many achievements, accomplishments, and hobby’s, including serving our country in the US Army. He worked 38 years for Mountain Bell Telephone Company. He was a member of the Yavapai County Mounted Sheriff’s Posse for 50 years and a longtime member of The Smoki.

His pastime hobbies and joys in life were fishing with his good friends and playing golf at Antelope Hills Golf Course where he was proudest of his hole-in-one. He also enjoyed his Tuesday Social hour with the guys known as “the prayer meeting where they solved all the world’s problems.”

Bobby was preceded in death by his loving wife of 28 years, Nova Jean Brown. He is survived by his two children Jeff and Karen, seven grandchildren, Beau, Tanner, Dylan, Nova, Dallas, James, and Skyler, and four great-grandchildren, Kylie, Savanah, Aubrey and Colton. There will be a Celebration of Life from 1 to 3 p.m. Saturday, Sept. 24, 2022, in the Freeman Building at the Prescott Rodeo Grounds, 840 Rodeo Drive, Prescott, AZ.

In lieu of flowers the family suggests donations be made to the Yavapai County Mounted Sheriff’s Posse, in care of Robert C. Brown, PO BOX 95, Prescott, AZ 86302. All donations are tax deductible. Arrangements entrusted to Hampton Funeral Home.

Info provided by the funeral home.