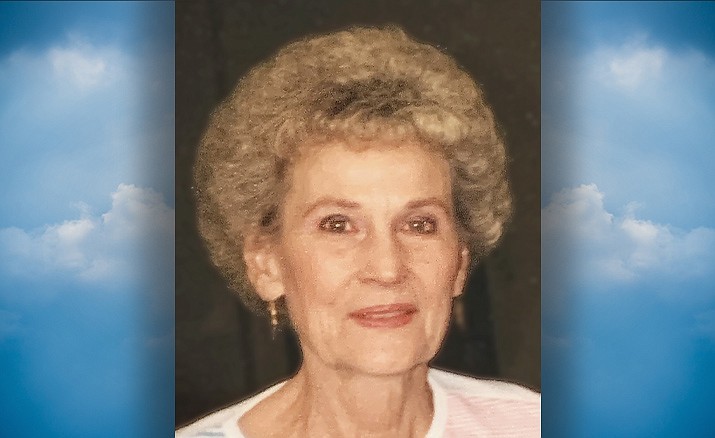 Jean was born on December 27, 1927 to Frank and Addie Kurtz in Phoenix, Arizona. The family moved to Dewey, Arizona when Jean was ten years old. The family lived on a farm during Jean’s growing up years. She had two older sisters, Betty and Kathryn. A baby brother, Steve, was born when Jean was fourteen. After graduating from Prescott High School in 1945, she went on to earn a degree in education from Arizona State University.

Jean met her first husband, Tom, while at ASU. They were married in 1948 and were parents of two daughters, Kathryn and Gwendolyn. Jean taught school for many years and was loved by her students and coworkers. She was devoted to this profession, but was most devoted to her family. Her daughters, and later her grandchildren were her first priority. She was a dearly loved mom and grandma.

After a divorce in 1982, Jean later married Robert Gordon in 1995. Jean and Bob traveled the world together. Jean also loved traveling with her sister, Kathryn. She remained active during her retirement years doting on grandchildren, reading, crafting, painting, traveling, and doing some tutoring.

A celebration of life is being planned to honor Jean in November.