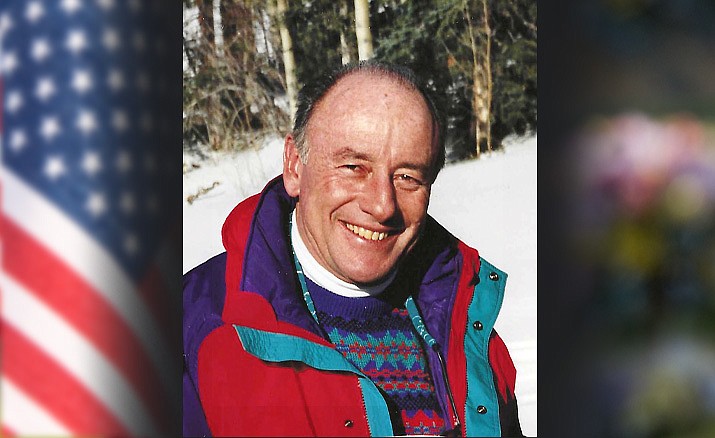 He was the first son of Taylor Thomas and Frances Lodge Hicks, and was soon joined by brother, Paul Hadley, and sister, Katherine Lodge. They grew up in the family home on Washington Street, which was full of sibling shenanigans and non-stop adventures. Taylor attended Washington Elementary, Prescott Junior High and graduated from Prescott High School in 1955.

After high school, Taylor studied at the University of Arizona and was a member of Kappa Sigma Fraternity. He then attended the University of Southern California Dental School and graduated with a DDS degree. While there, he was a member of the Delta Sigma Delta Fraternity and was also elected a member of Omicron Kappa Upsilon, a national honorary dental fraternity. It was during his time at USC that he met the love of his life, Marsha, (who was attending USC, in the Dental Hygiene School), while on a college ski trip to Mammoth, California. After several dates, he was smitten and they decided to drive all night back to Prescott so she could meet his parents. On Friday, April 13, 1962, they were married in Arcadia, California. From that day on, Friday the 13th has been considered ‘Lucky’ in his family and snow skiing has been a favorite family sport. Taylor and Marsha remained married for 60 years, raising three daughters: Colleen, Laura and Janelle.

Taylor joined the United States Air Force after graduating dental school and served as a dentist in the Air Force, based at Fairchild AFB in Spokane, Washington and Lakenheath-Mildenhall AFB in Suffolk, England. He attained the rank of Captain and received his private pilot’s license during that time. Taylor returned to California in 1967 to pursue his Masters of Science Degree in Orthodontics at USC, which he achieved in 1969. Taylor then moved back to Prescott and opened the first full-time Orthodontic practice in the area. At that time, he joined his father, Taylor Sr. and brother, Paul, who were practicing dentistry downtown on Cortez Street. He later built and moved his practice to the Granite Street location, and opened a Prescott Valley satellite office, straightening smiles for 33 years and retired in 2002.

Taylor was a supporter of many community organizations and active both civically as well as professionally, over the years. He held the office of president with Prescott Kiwanis Club, Prescott YMCA, Northern Arizona Dental Society, Arizona Orthodontic Study Group, South West Angle Society and Arizona Orthodontic Society. In 1975, he became a diplomate of the American Board of Orthodontics. Taylor also enjoyed serving as faculty at USC as a clinical instructor in the graduate Orthodontic program, traveling from Prescott to Los Angeles frequently.

Apart from his family, Taylor had many loves. He was a kind man with a warm smile and always made sure to include everyone in the fun. He was known for his quick wit, practical jokes and work hard - play hard mentality. He was an avid snow and water skier, and a patient teacher of the sports. He loved the outdoors, all adventures and traveling the world with long-time friends. He often entertained friends and family by reciting lengthy poems he memorized: The Man in the Mirror, Tying the Knots in the Devil’s Tail and The Cremation of Sam McGee being some of his favorites.

In retirement, Taylor and Marsha rarely missed a performance at Yavapai College, Prescott Fine Arts, or downtown on the Prescott Courthouse lawn. He especially enjoyed attending all the PHS sports, particularly when his grandchildren were playing. Watching or talking with his children and grandchildren always brought a light to his face. He lived a full life and leaves an active legacy in all those who knew him.

A Memorial Service will be held at 2:00 p.m., Friday, September 30, 2022 at American Lutheran Church in Prescott (1085 Scott Dr, 86301). Following the service we will have a more casual Celebration of Life gathering at the Sheriff’s Posse Clubhouse (1495 South Sheriffs Posse Trail; Prescott, AZ 86303). A live stream of the service will be available at: www.americanlutheran.net.

For those who wish, a donation to the Prescott Unified School District Education Foundation can be made in Taylor’s honor at: www.pusdeducationfoundation.com/Hicks Information provided by the family.