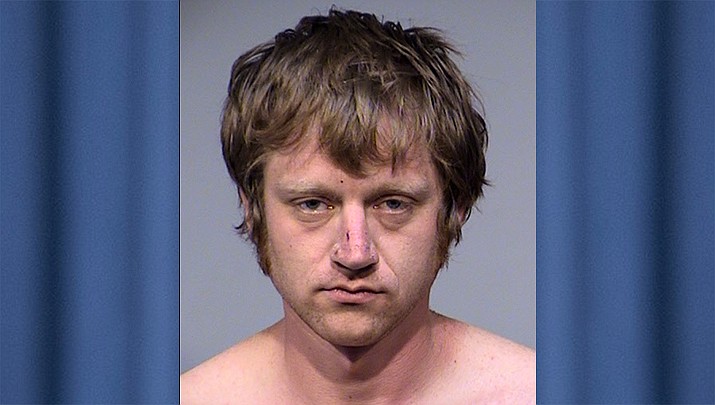 A 32-year-old man was arrested Friday morning after entering a Prescott apartment and refusing to leave. The Prescott SWAT team was necessary to defuse the situation, police reported.

On Friday, Sept. 9, at approximately 1:40 a.m. Prescott Police officers responded to residential apartments located in the 1100 block of East Gurley Street regarding a trespassing in progress.

Officers attempted to contact the suspect, who was sitting inside the apartment. The officers observed the man seated in an armchair handling knives and making incoherent statements, according to a news release. The suspect ignored verbal commands to drop the knives and exit the apartment. He continued to ignore repeated commands by officers and eventually shut and locked the front door to the apartment.

The Prescott Police Department SWAT team was called out to respond to the incident due to the irrational behavior demonstrated by the suspect. Less lethal munitions were deployed into the apartment and the man eventually surrendered and was taken into custody at approximately 5:30 a.m.

The suspect was identified as 32-year-old Adam Tucker. Tucker was medically cleared by the Prescott Fire Department for minor injuries and booked into the Yavapai County jail on charges of first degree burglary, resisting arrest and disorderly conduct.