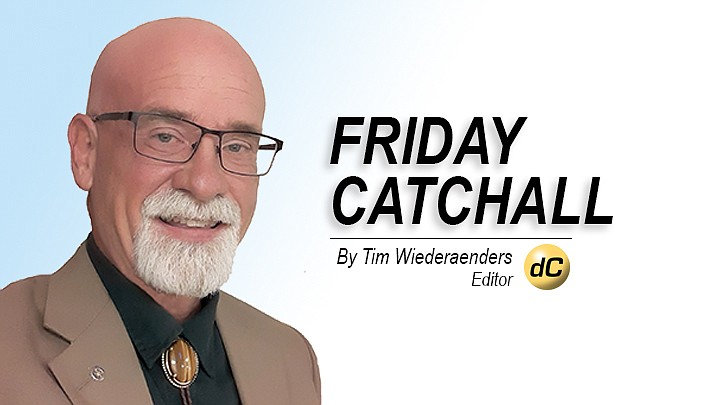 • CITY HALL – While we’re still wondering how much more the City of Prescott will go over budget on the new city hall, the City Council this week picked a local architect, Doug Stroh, to redevelop the old city hall site.

It is quite the project, topping out at five stories and mixed use throughout (hotel, apartments, businesses, restaurants, etc.).

City officials stated that the decision sets off a lengthy public-review process, which will include discussion by the Prescott Preservation Commission, the Prescott Planning and Zoning Commission and the City Council. During those discussions, details of the design could evolve.

Stroh’s design was chosen from two finalists that also included the company that developed the Hilton Garden Inn project on Sheldon Street.

Stroh said he envisions the project as an entertainment district that will help to draw people to downtown Prescott.

I like what Councilman Eric Moore had to say: “One of the things that really impressed me about the Doug Stroh group was a large portion of their proposal was historical. They had actually gone back and found in the archives pictures of this area and what it looked like historically, and they really did their research to look at this area that we want to redevelop.”

Details of demolition and construction are still to come. Watch for our coverage.

• DELIVERIES – You know the business competition of getting packages at your house is ratcheting up when you get deliveries late at night.

Twice now – first at 9:15 p.m. last week, then Wednesday this week just before 11 p.m. – a delivery person has driven onto our property (opening the gate themselves), come up to the house and placed the package either at the front door or the garage door.

It’s a little unnerving, especially to our pets.

Those I have told about this relate that some delivery companies are toying with robot and drone delivery services to stay competitive. I cannot imagine that, particularly in a rural area.

It reminds me of the protocol or ethics (common sense?) I learned as a child: don’t call anyone on the phone before 7 a.m. or after 9 p.m. I liken a visit to my home as the same, unless I invited you or know you’re coming.

Yet, I guess in part it is my own fault – having a sign on the gate asking that all packages be delivered to the front door. I think I need to add a timeframe.

Actually, I feel more sorry for the delivery folks who are put in that position. I wonder how they’re treated at houses where they’re not “welcome.”

• FOOTBALL – I had a great time covering Prescott High School’s football game recently against Sierra Linda. It took me back more than 30 years when I was a sports editor.

I marveled at Badgers running back Cody Leopold, who the coach called one of the best players in the state. No doubt, as he puts up multiple touchdowns each game (five against Sierra Linda).

Of course, to finish the weekend(s), my attention moves to the NFL, and the Denver Broncos and Arizona Cardinals. Both are sucking wind right now, and both paid many, many millions of dollars this year to their quarterbacks in long-term contracts.

I see the Cardinals as the Broncos of old, when John Elway tried to do it all himself. It doesn’t work. The Cards’ Kyler Murray is doing just that and they’re 3-9 in their past 12 games. As for Denver, it’s the coach – leading them to a 2-4 start and losing their last three.

I won’t say the Badgers could beat the Broncos, that would be crazy. Then again, … huh.

Friday morning update: The Cards won Thursday night, 42-34 over the Saints, and are now 3-4 on the season.

• HARD FREEZE – Get ready for a little more rain this weekend and, according to the National Weather Service, prepare for our first hard freeze of the year Monday, Tuesday or Wednesday. Your plants will need protection, and it’s going to be cold for Halloween!