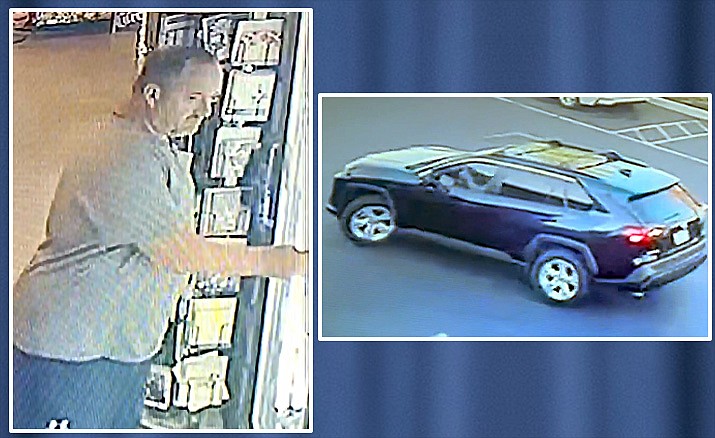 The suspect is described as a white male, approximately 40-45-years old, between 5-foot-10 and 6-feet tall, with a heavy set build, brownish gray short balding hair, and a mustache, driving a newer black Toyota RAV-4. (PVPD/Courtesy)

On Tues., Nov. 8, 2022, at approximately 4:00 p.m., an unidentified male entered an unoccupied vehicle at Robert’s Market, located at 6450 North Viewpoint Drive where he took a backpack belonging to the victim, according to Prescott Valley Police Department.

Prior to burglarizing the vehicle, the suspect committed damage to the victim’s vehicle’s passenger side mirror by grabbing and breaking it. The suspect also committed shoplifting by taking merchandise from Robert’s Market.

Anyone with information who can identify this subject is encouraged to call the Prescott Valley Police Department at 928-772-9267 for non-emergencies, 911 for emergencies. Yavapai County Silent witness is 1-800-932-3232.