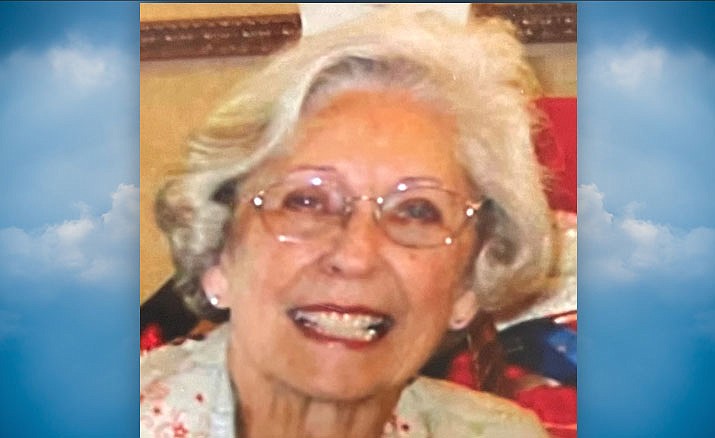 On Saturday, Nov. 19, 2022, Betty Jeanne Hurt, child of God, loving wife, mother, grandmother, great-grandmother, and friend passed away peacefully at the Margaret T. Morris Center in Prescott, Arizona at the age of 90.

Jeanne was born on Aug. 2, 1932 in the small west Texas town of Eastland. She was raised by her mother and stepfather, Earl and Ruth Lewis. After graduating high school and attending college, she married Stanley Neil Hurt on Sept. 17, 1949 and they raised one daughter, Carol and two sons, Allen and Adam Craig.

In 1957, Neil and Jeanne moved to Prescott and started Neil Hurt Chevrolet. During this time, Jeanne was a devoted wife and mother. She was a Cub Scout leader, active in the children’s schools and church activities. In 1970, Neil and Jeanne became motel owners when they bought the Prescottonian, a small 24-unit motel. Over the years, with hard work and dedication, they added on until it reached its current size of 121 units. Jeanne was an integral part of every decision and was a savvy businesswoman.

Jeanne was a strong and optimistic woman who let nothing get in the way of her living her best life. Despite being diagnosed with Multiple Sclerosis at the age of 29, Jeanne, along with Neil, traveled all over the globe. She was a private pilot and enjoyed flying to different parts of the United States. Together, they went on over 50 cruises and Jeanne made friends with many people around the world. Jeanne was a true Southern lady, sweet yet strong, charming, funny and gracious. She loved to entertain friends and family. She was famous for her Chicken Spaghetti and Texas Dump Cake.

She loved her husband, children, grandchildren and great-grandchildren unconditionally and that love was returned to her tenfold. Jeanne was preceded in death by her parents, her husband Neil, and son Steven. Jeanne is survived by her children, Carol Unangst, Allen (Julie) and Craig (Destry); grandchildren, Jeffrey, Matthew (Kelley), Kathryn Monreal (Bryan), Amy Boehm (Stefan); great-grandchildren, Finley, Ellis, Brynn, Austin, a new great-grandson due in December as well as numerous cousins, and too many friends to mention. Special thanks to the Margaret T. Morris Center and Maggie’s Hospice for the care and love they gave Jeanne in her final days. You are all angels on earth.

After a private family internment, there will be a Celebration of Jeanne’s life at 2 p.m. Saturday, Nov. 26 at the Gurley Street Grill. Please bring your Jeanne stories to share!

In lieu of flowers, the family is asking that donations be made to Margaret T. Morris Center and Maggie’s Hospice in Prescott, Arizona.

Jeanne, we will never forget the twinkle in your beautiful blue eyes, your strength during adversity and your legacy of love.

“Goodbyes are not forever, are not the end; it simply means ‘We’ll miss you,’ until we meet again.”