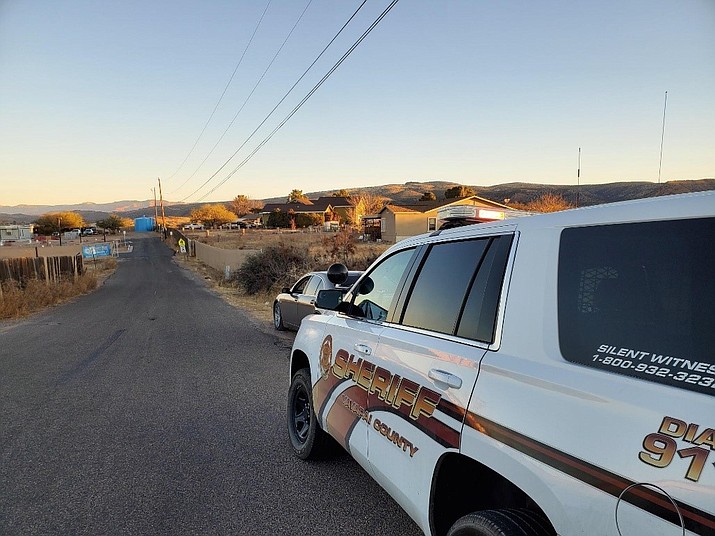 The Yavapai County Sheriff's Office is seeking Jason Parker, 51, of Chino Valley, on suspicion that he was involved in a July 2022 theft of a 31-foot flatbed trailer carrying a container of United States military equipment. (YCSO/Courtesy)

On June 29, the driver of the truck pulling the flatbed trailer experienced engine problems while en route from California to Kansas and pulled off Interstate 40 into a gas station parking lot in Seligman, where he disconnected the trailer and left to get his truck fixed at a repair shop.

Several days later the driver, who was staying at a local motel while his vehicle was being repaired, went to the gas station to check on the trailer and found it missing along with the shipping container holding approximately $500,000 of United States military equipment.

Through investigative leads YCSO detectives were able to track the trailer to a residence in Chino Valley.

Detectives arrested 75-year-old Chino Valley resident, Curt Wells, on charges of possession and trafficking stolen property. Wells had purchased the trailer, valued at approximately $22,000, for $900 from the thieves.

Diligent investigative efforts by YCSO detectives and Army Criminal Investigation Division (CID) have led to the recovery of most of the stolen equipment and additional arrests of Jason Myers, 43, of Chino Valley, Joshua Arena, 41, of Paulden, and Gary Morrison, 65, of Paulden. All men are being charged with theft and trafficking stolen property. A fourth suspect, Jason Parker, 51, of Chino Valley, remains at large.