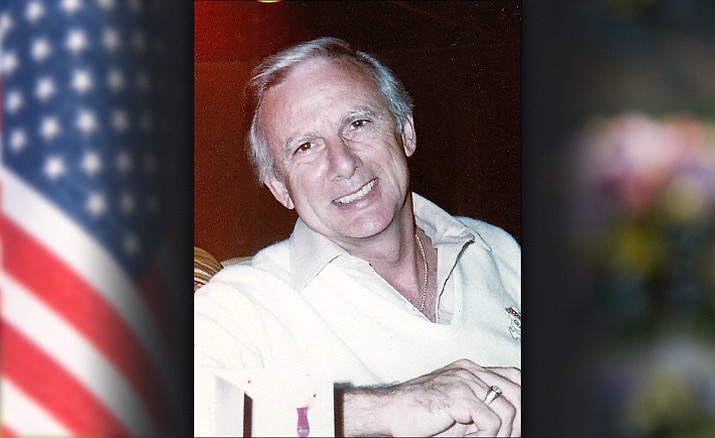 Ronald “Ray” Bernardi died in his home in the presence of family members on November 1 (All Saints Day) after battling Myelodysplastic Syndrome for eight years.

Ray was born in Malden, Massachusetts on May 27, 1933, the son of A. Raymond and Rosamond Bernardi. He grew up in Malden, Everett, and Charleston, Massachusetts. Ray enlisted in the Army at the age of 18 and served as a paratrooper. After a brief hiatus from the service, Ray enlisted again and served for almost 20 years as a Navy corpsman. Following his years of military service, Ray used his Master of Public Health Degree to secure various jobs as an Environmental Health Specialist, including work as a health inspector and hospital administrator.

On June 8, 1984, Ray married Janice Johnston, and this year they celebrated their 38th wedding anniversary. They had resided in Prescott for 26 years before moving to Chandler just two months ago.

Ray had many talents and interests, including a passion for golf, flying (he was a private pilot), playing poker, and traveling (cruises). He was a member of the VFW, American Legion, and the Elks. He was also known for making a superb spaghetti sauce. Most notably, Ray was a very generous person with a great sense of humor.

In lieu of flowers, the family requests that any contributions be sent to Disabled American Veterans at DAV.org (indicate that donation is “dedicated”) or mailed to DAV Gift Planning, 860 Dolwick Dr., Erlanger, KY. lf “Ray Bernardi” is indicated on the check’s memo line, any funds donated in his name will be earmarked for Arizona DAV services.