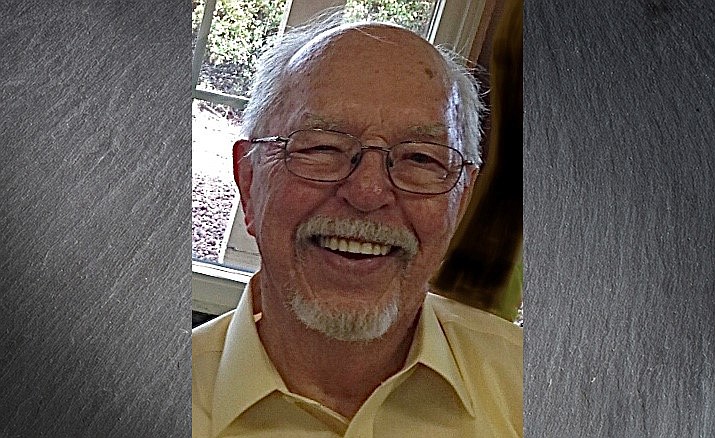 John was born on July 14, 1930, in Johnstown, Pennsylvania. He was the second son of Harvey E. and Mildred Leadbeater Good. When John was eight, they moved to Cincinnati, Ohio and finally settled in Richmond, California.

John attended Richmond High School where he was a member of the football and track and field teams. He won several competitions in shot put. He also attended San Francisco State University. While John was attending college, he enlisted in the Air Force. Stationed at Tinker Air Force Base in Oklahoma, he met the love of his life, Janet Louise Bryant. They were married at St. Philip Neri Catholic Church in Midwest City, Oklahoma in 1951. Shortly thereafter, John was deployed to Tokyo, Japan as a medic when the Korean War broke out.

When John returned home, he and Janet moved from Oklahoma to Texas with first daughter Janet in tow. Son, John was born shortly thereafter, followed by daughters Joy, Janelle, Judy, Jeanne and Jill. They made their home in El Sobrante, California in 1955.

John worked as an Optician for many years while in California, but as their family grew, they desired to move to a smaller community to raise their children. He inquired about an employment opportunity in Prescott, Arizona managing the optical department of Dr. David Rummel’s ophthalmology practice which was then located on Montezuma Street between Rohrer Bloom Drug Store and El Charro Restaurant. In 1964, John and Janet moved their family to Prescott to begin work with Dr. Rummel. In 1975, John and Janet opened their own optical practice known to so many in Prescott as “The Optical Shop” on Iron Springs Road. By this time John was very active in the Arizona State Board of Dispensing Opticians and was named President of the AZ State Board. John was also active around the community. He was president of Prescott’s School PTA, a member of the Kiwanis and Toastmasters as well as giving generously to the Lion’s Club eyeglass program and Dress a Child. John was such a compassionate and generous person, many times giving prescription glasses to those around the community in need. In 1990, John and Janet purchased a piece of land across from the hospital on Willow Creek Road and built a medical building which housed “The Optical Shop”. John attended Sacred Heart Catholic Church where he was a Lector, Eucharistic Minister, was active in the Youth Ministry and a volunteer at St. Vincent de Paul Thrift Store.

John and Janet loved to travel. After they retired, they went on many trips including travel to the Holy Land, as well as Oberammergau, Germany to see the Passion Play. They also visited Hawaii, Puerto Rico, and Alaska. In 2005, all of their children, grandchildren, and great-grandchildren joined them on a cruise to Mexico for a family celebration. Such precious memories. They enjoyed many adventures traveling in their RV with a large group of Prescott RV’ers. In his early years, John enjoyed playing the banjo. He loved woodworking and tinkering in his workshop. He could fix just about anything.

A funeral mass will be celebrated at St. Thomas More Catholic Church in Glendale, Arizona at 10:30 a.m. Monday, Nov. 28. In lieu of flowers donations may be made in memory of John L. Good to one of the following organizations: St. Vincent de Paul (stvincentdepaul.net), Catholic Charities (catholiccharitiesaz.org), or Hospice of the Valley (hov.org). Condolences may be sent to [email protected]