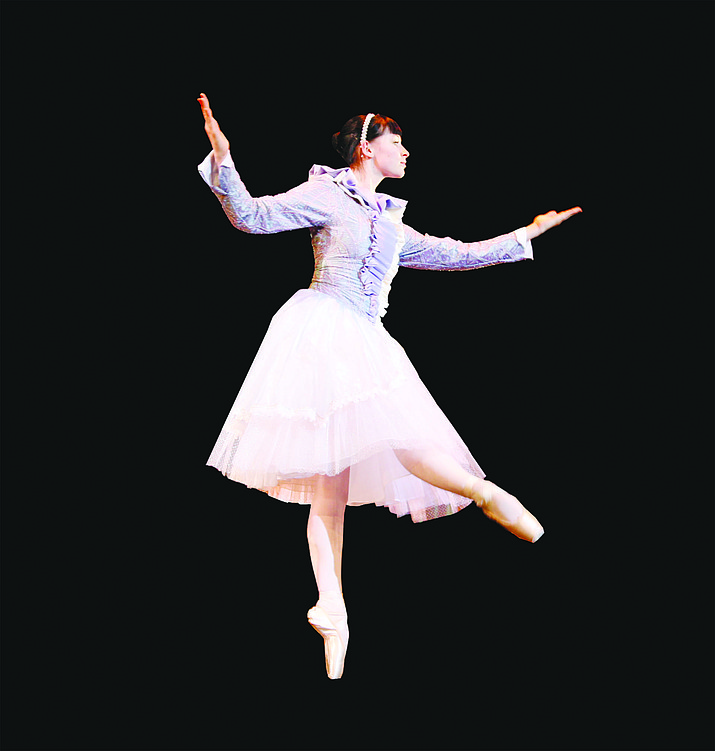 In this premier Prescott Holiday event, international alumni of the Academy dance to Tchaikovsky’s iconic Nutcracker Suite and Frederick Ashton’s Les Patineurs, a winter ballet set to the music of Giacomo Meyerbeer, performed by Arizona Philharmonic, Prescott’s professional orchestra. Act II of The Nutcracker will be performed, and the entire show runs two hours including intermission. The outstanding youth Voci Sorella and women's Una Voce choirs complement these performances with their angelic voices, accompanying the orchestra in the ballet and in Christmas music, a news release stated.

“Arizona Philharmonic is inspired to collaborate with artists from around the world: critically acclaimed conductor Alexander Walker, Artistic Director Ken Ludden of the world-renowned Margot Fonteyn Academy of Ballet, and international dancers from as far away as Tokyo. Before each half of the concert, accomplished members of the Yavapai Youth Choirs and Una Voce Women’s Choir will set the mood with Christmas carols beautifully arranged for voice and orchestra, an unforgettable Christmas treat for the whole family,” Henry Flurry, AZ Phil executive director, commented in the release.

“The Nutcracker Suite is at the heart of the Christmas season in America. It is exciting to bring this to Prescott. Working with live music from AZ Phil and Youth and Women’s Choirs, our students, top international guest artists, and members of the local arts community make it a celebration to mark the season each year with warmth and love," Ken Ludden, MFAB artistic director, said in the release.

Both public performances and Friday’s, Dec. 16 performances for Prescott’s PUSD and other area students are presented by the James Family Trust. “To be able to be a part of bringing together some of the best artists, musicians and dancers to share in something beloved the world over to our community was an opportunity that could not be missed. Not only does it allow everyone to attend the performance in our little corner of the world, but it introduces a new generation of PUSD students to one of the most treasured traditions of the holiday season,” stated Jenna James, James Family Trust.

"Una Voce Women's Choir is grateful for the opportunity to collaborate with so many amazing artists," Arlene Hardy, artistic director of both Una Voce and Yavapai Youth Choirs, said in the release. "Sharing the stage with Alexander Walker, Arizona Philharmonic and Margot Fonteyn Academy of Ballet is an incredible performance experience within our inaugural season."

Visit www.AZPhil.org for tickets and information.