Fire crews put down 'moderate' wildfire north of 89A, across from PV water towers 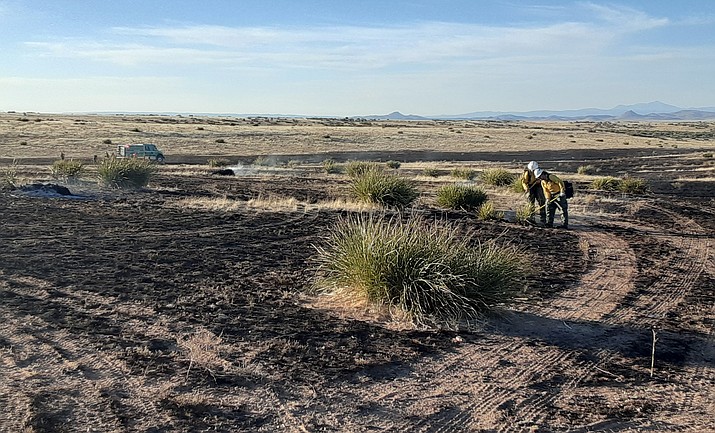 A couple of firefighters work to put out hotspots of a wildfire that started shortly before 5 p.m. on Thursday, May 26, 2022, north of Highway 89A, across from the Prescott Valley water towers. (Tim Wiederaenders/Courier)

Fire and law enforcement agencies responded to a wildfire north of Highway 89A, across from the water towers in Prescott Valley shortly before 5 p.m. Thursday, May 26, the Prescott Valley Police Department (PVPD) reported.

PVPD was encouraging drivers to avoid the area, as traffic was backed up significantly.

The initial fire threat was considered moderate, or a possible threat to life or property, PVPD added. The fire had burned 29 acres as of approximately 7 p.m. but is largely out, a Department of Forestry and Fire Management official told the Courier. The official added that this fire is reminiscent of the one that raged toward Viewpoint back in 2018. 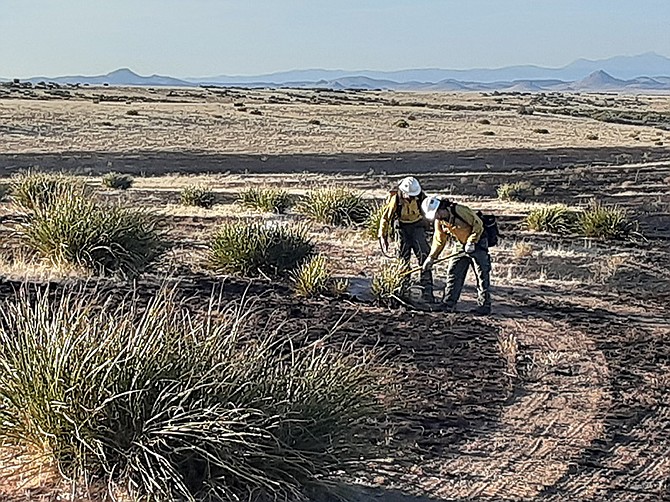 Two firefighters work on hotspots at a wildfire Thursday, May 26, 2022, north of Highway 89A, across from the Prescott Valley water towers. (Tim Wiederaenders/Courier)

Watch dCourier.com for more updates as the situation develops.