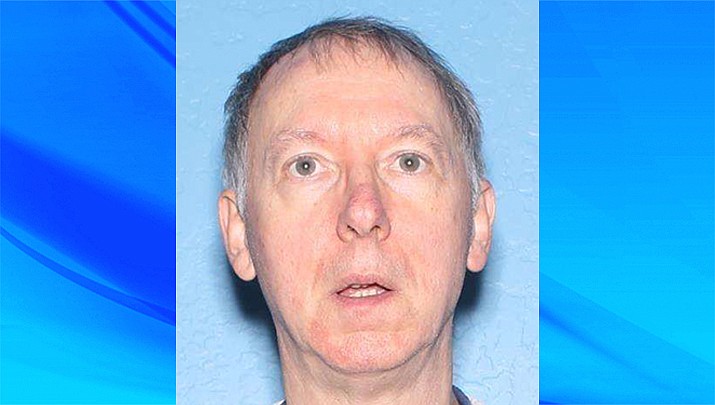 The missing man, Donald Hayes, reportedly called his wife the afternoon of May 13, telling her that he and his dog, Ranger, were lost but that he was not sure where.

YCSO Forest Patrol reached Hayes on his cell phone at around 2 p.m. May 13, but Hayes told deputies that “he did not want to wait for a rescue and that he was ‘continuing down a ravine,’” the release stated.

Hayes reportedly told deputies that he was unsure where the ravine was located.

However, Hayes added to Forest Patrol that he thought he was moving northwest and saw Williamson Valley.

“He also said he still had food and water and was turning his phone off to save the battery,” the YCSO reported. “There has been no further communication with him, and efforts to use GPS through his cell phone have been unsuccessful.”

YCSO Backcountry Search and Rescue (SAR), Verde SAR, search dogs, the Sheriff’s Volunteer OHV Unit, and 4x4 Unit and Jeep Posse personnel, along with a Department of Public Safety (DPS) Ranger helicopter, searched the area May 13 and 14. Officials said they did not find Hayes or Ranger, but that they did spot Hayes’ vehicle still parked at the trailhead.

“SAR teams conducted a thermal drone flight to attempt to locate Mr. Hayes in the early morning hours on Saturday,” the release added, “and DPS conducted a Forward Looking Infrared (FLIR) search from the air early Sunday morning. Neither produced any results.”

The search continued on foot Sunday in vehicles and in the air, with YCSO search-and-rescue teams and sheriff’s auxiliary units, DPS and volunteers.

Hayes, who is 6-foot tall and about 156 pounds, is a white man with salt-and-pepper hair and green eyes. Hayes was last seen wearing beige nylon pants with a gray sweatshirt, a white T-shirt and a white visor. Ranger is a black-and-white Labrador.