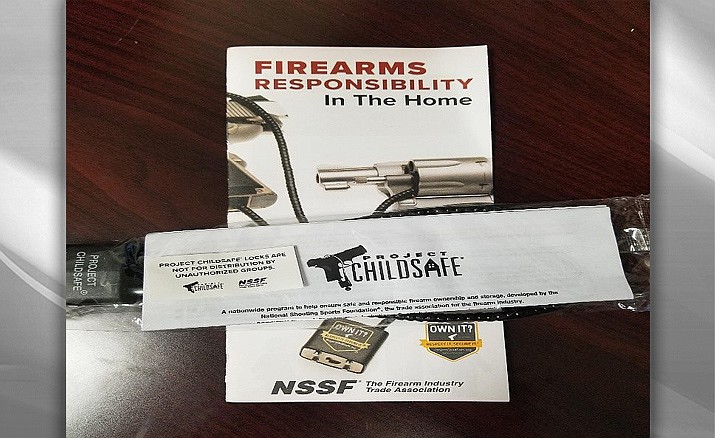 Prescott Valley Police Department (PVPD) stated in a news release that it is offering free gun locks and firearm-safety information to the public from the National Shooting Sports Foundation’s Project ChildSafe.

Gun locks are available at the PVPD headquarters’ lobby at 7601 E. Skoog Blvd., while supplies last. Limit is two gunlocks per family.

The release added that CBS News recently reported that an estimated 46% of adults in Arizona have guns in their homes. “With gun ownership, there is also a great responsibility for safe handling and safe storage,” the release stated.