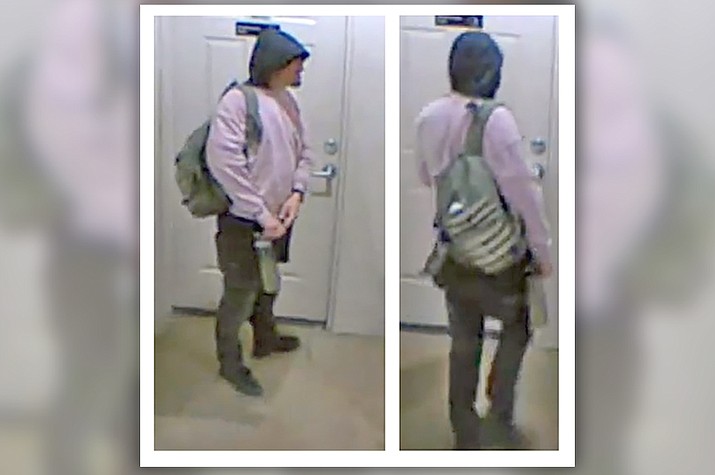 “The subject remained in the business overnight, stealing six rolls of toilet paper, a 4x8 cloth-lined wire basket, [and] a bottle of air freshener,” a PVPD news release stated May 12. “He left behind a pink sweatshirt and exited the building about 7:45 a.m.”

The suspect is described as a white man who was wearing a black hooded sweatshirt and black shoes and was carrying a green backpack.

If you know the identity of this person or have information about his whereabouts, call PVPD at 928-772-9267.