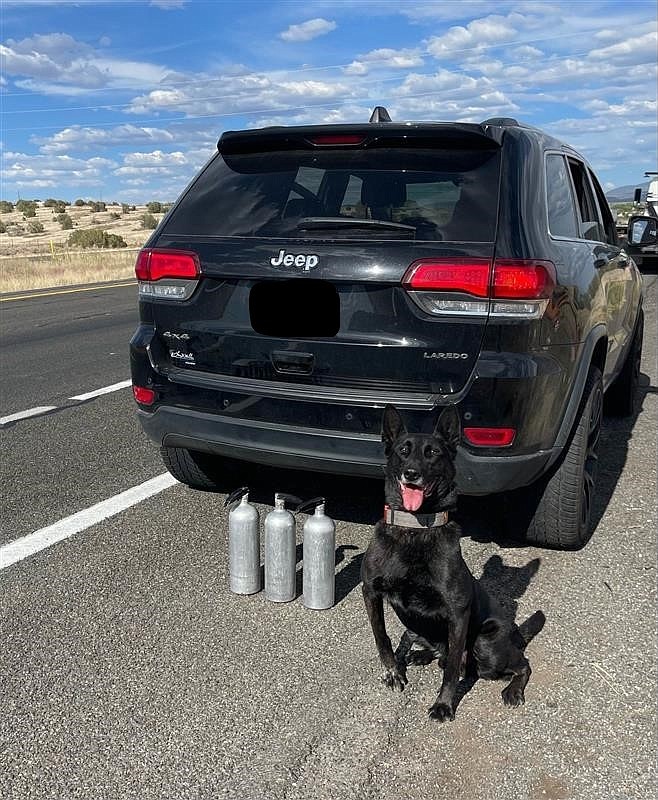 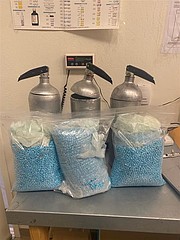 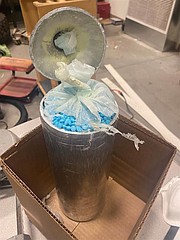 “Based on the interviews with the occupant and suspicious circumstances, the Deputy removed the extinguishers from the vehicle,” a YCSO news release stated.

The deputy then deployed his K-9, Maximus, who “alerted” the deputy to the odor of narcotics. Based on the K-9’s alert, the deputy confiscated the evidence and opened the extinguishers, where he found the fentanyl pills.

The unnamed driver was arrested and booked into Yavapai County jail.