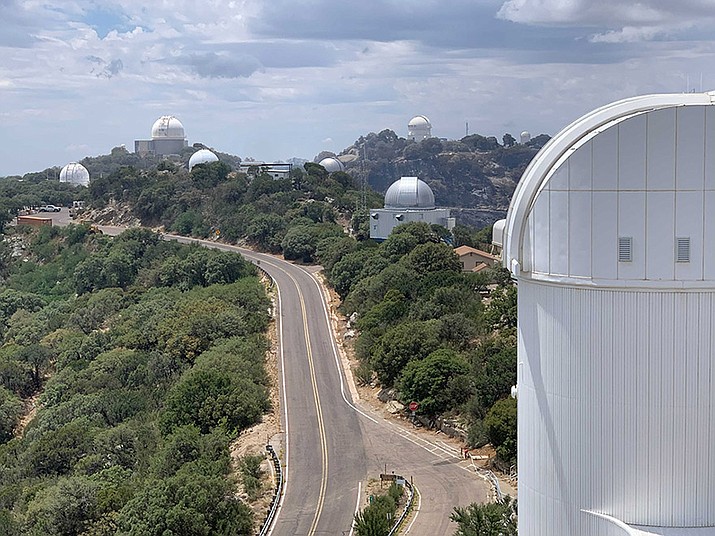 A lightning caused wildfire near the Kitt Peak National Observatory, shown here, is 40% contained as of Sunday, according to fire authorities. (KPNO/NOIRLab/NSF/AURA/Courtesy)

TUCSON (AP) — A lightning-caused wildfire that led to last week’s evacuation of the Kitt Peak National Observatory southwest of Tucson was 50% contained Tuesday, up from 40% in previous days.

Authorities said nearly 440 firefighters were working the wildfire that now as charred 38.6 square miles (99.9 square kilometers) since it began June 11 on a remote ridge on the Tohono O’odham Indian Reservation about 8 miles (13 kilometers) southeast of Kitt Peak.

Fire officials still hope to gain full containment by Sunday evening with monsoon rain expected to fall later the week. But they remain wary, saying lightning could spark other fires and heavy rain could cause flooding in the burn area.

Rain last Saturday helped get the fire from zero containment to 40% containment.

Four non-scientific buildings on the west side of the observatory property — a house, a dorm, and two minor outbuildings — were destroyed.