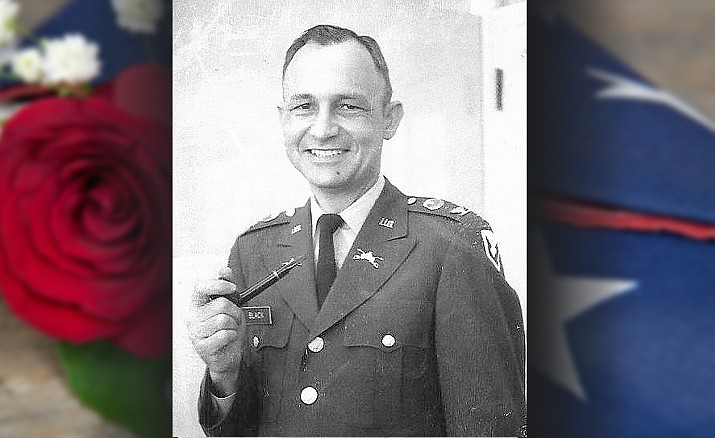 Bill was a devoted servant of God and his country, loving husband, and wonderful father.

His life was a sterling example of integrity, generosity, and honesty for all to follow.

Bill was born in 1928 in Nebraska, and grew up in San Diego. He earned his BA in 1950 at UCLA where he met Joyce. Shortly after their wedding in 1950 he was sent to Korea where he served as a tank platoon leader during the war. He proudly served in the army at many duty stations around the world, including the Vietnam War in 1972. His final assignment was the head of ROTC at Cal Poly, San Luis Obispo.

After his army retirement he served in various university financial management positions before earning his Ed.D.

from NAU in 1983. Then he was a university professor teaching in England, Kenya, and in San Diego before moving to Prescott in 1994.

Bill was an active member of the First Church of the Nazarene.

He volunteered with various Prescott charities, including as a business counselor with SCORE, the local Alzheimer Association, the Military Officers Association, the CCJ, the Performing Arts Council, and the Yavapai College Foundation.

He is survived by his five children:

Bill’s family thanks all who were a part of his remarkable life. Special thanks to the wonderful staff at Glassford Place who took such great care of him in his final years.

Services will be held at Sunrise Funeral Home in Prescott Valley on Wednesday, June 29, at 4:00 p.m.