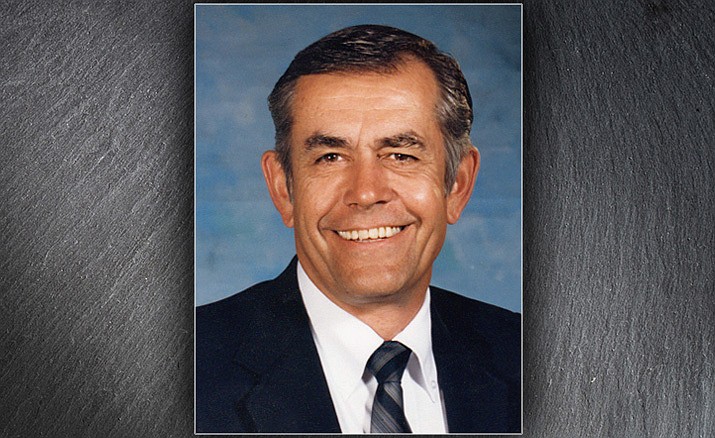 On Tuesday, July 26, 2022, Rodney Charles Cordes, loving husband and father went to be with the Lord. He went peacefully with his wife and soulmate, Carole Gene Dalle Nogare Cordes by his side. He had a love and enthusiasm for life that allowed him many accomplishments.

Rod was born on February 12, 1938, in Prescott, Arizona to Raymond and Flora (Young) Cordes. His family moved to Miami, Arizona, where he graduated from Miami High School in 1955. He attended ASU, and later NAU, where he received his Bachelor’s, Master’s, and Education Specialist degrees. In 1961, he taught and coached for 13 years at Prescott Junior High. He was assistant principal for nine years and became the principal for another four years. From 1987 to 1991, Rod advanced to assistant superintendent for Prescott Unified School District. His love for education translated to all students and staff he encountered. After retiring from PUSD, he sold real estate, consulted, and substituted, which was his real passion.

Cordes was approached by the Humboldt Unified School District in 1993 to serve as interim superintendent for six months, When the new superintendent was hired, he asked Cordes to join him as the assistant, where he served another seven years, until retirement in 2000. Upon retirement, Cordes said, “I like to think that I have been able to reach the students in some way.” He truly loved them all.

Rod’s life was one well lived. He enjoyed spending time with his children, grandchildren, siblings, cousins, and friends. He spent his time flyfishing, hunting and camping in the White Mountains. He had hiked the Grand Canyon numerous times and traveling with Carole was an adventure he loved. Cordes also devoted time to the Prescott Education Foundation, Sunup Rotary of Prescott (where he received his 30-year perfect attendance pin), Yavapai Silent Witness, YMCA Board, Keep Prescott Beautiful Foundation, Sacred Heart Parish, and numerous professional educational organizations. Cordes was preceded in death by his father and mother Raymond and Flora Cordes, lifelong educators as well, granddaughter Cara Marie Cordes, and grandson Nacona Cordes.

Rod would say thank you for your love and friendship. And we say our lives will never be the same without him, whose legacy lives on in the lives of us who loved and cherished him, and in the lives of all his students, who went on to do great things in life.