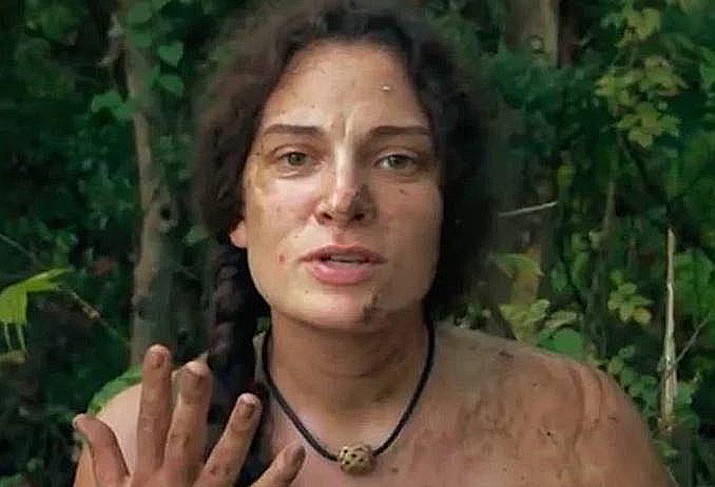 Melanie E. Rauscher, a contestant on the “Naked & Afraid” reality TV show, died this past week in Prescott, police said. She was 35. (Discovery Channel)

The 35-year-old's body was discovered close to dust-cleaning cans, according to reports in July.

This past week, the Yavapai County Medical Examiner reported that she passed away as a result of inhaling the deadly propellant in the air cans. Difluoroethane poisoning was given as the official cause of death.

Rauscher, who appeared on two seasons of the Discovery Channel show, was reportedly dog sitting at a Prescott home, according to multiple sources on the internet. When the homeowners returned on Sunday, July 17, they found Rauscher’s body on the bed in the guest room.

According to TMZ news, several cans of compressed air, which are generally used to clean dust off electronics, were found near her body. While it's unclear if Rauscher consumed the contents of the cans, police said there were no immediate signs of foul play at the scene, nor did they find a suicide note or drug paraphernalia. The dog under her care was unharmed.

The Yavapai County Medical Examiner has yet to establish Rauscher’s cause of death.

Rauscher was born and raised in Philadelphia, Pennsylvania; she graduated from Kennedy-Kenrick High School and went on to attend Old Dominion University in Virginia, according to an obituary on Legacy.com.

The future reality TV star served honorably in the U.S. Navy aboard the USS Theodore Roosevelt CVN-17 during the Iraq War. At the time of her passing, she reportedly was employed at the Prescott VA Medical Center.

Rauscher was an avid outdoor enthusiast. She loved camping and hiking. She participated in reality TV shows “Naked & Afraid” in 2013 and spinoff “XL” in 2015.

Jeremy McCaa, who was on one of the shows with Rauscher, posted a tribute to her on his Facebook page, saying he was "feeling broken."