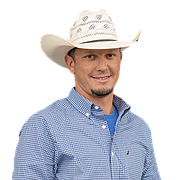 Tie-down roper and team roper Seth Hall of Albuquerque, New Mexico, won his second All-Around buckle in the past four years at the Prescott Frontier Days Rodeo on Monday, July 4, at the Rodeo Grounds.

However, the standout Turquoise Circuit cowboy has pieced together a fine 2022 season thus far, recording All-Around victories at a handful of rodeos.

In addition to the “World’s Oldest Rodeo,” Hall has captured All-Around buckles at the La Fiesta De Los Vaqueros in Tucson, the Turquoise Circuit Finals in Camp Verde, the Gary Hardt Memorial Rodeo in Payson, and the Strawberry Days Rodeo in Pleasant Grove, Utah.

The Prescott Frontier Days Rodeo’s total payout was an astounding $334,808 for 2022, with 697 total contestants entered.

What follows is a short summary for the rest of the buckle winners at the 2022 Prescott Frontier Days Rodeo in alphabetical order by event. 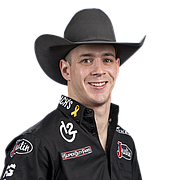 Eighteen-year-old Canyon Bass of Johnson City, Texas, won the bull-riding buckle at Prescott Frontier Days with an 86-point ride on a bull named “Cabo.” For his victory, Bass picked up a hefty check of $7,329. 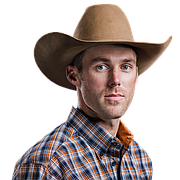 Timmy Sparing of Helena, Montana, captured the steer-wrestling buckle in Prescott with a 10.6-second aggregate time on two-head.

The team of Kaleb Driggers from Hoboken, Georgia, and Junior Nogueria from Presidente Prude, Brazil, won the team-roping buckle with a 12.9-second time on two head in the aggregate.

Lightning Aguilera of Athens, Texas, and Coleby Payne of Stephenville, Texas, were the runners-up with a 13.2-second aggregate time on two-head. They won $3,625.71 apiece.

Richard Newton of Portales, New Mexico, won the tie-down roping buckle in Prescott with a 20.5-second aggregate time on two-head. He won $4,429.01.

Women’s barrel racers Halyn Lide of China Spring, Texas, and Cheyenne Hattesen of Kerman, California, tied for first place and each won a buckle in Prescott for their identical 34.83-second times on two-head in the aggregate.

Kayse Mahoney of Florence won the women’s breakaway roping crown in Prescott for a 6.1-second time on two-head in the aggregate, claiming a $3,447.45 check in the process.

Maddy Deerman of Hope, New Mexico, was second with a 6.9-second time on two-head in the aggregate, claiming $2,954.95 in winnings.

Other winners’ photos were unavailable.

Visit dCourier.com for photo galleries of the rodeo and the festivities over the past eight days.