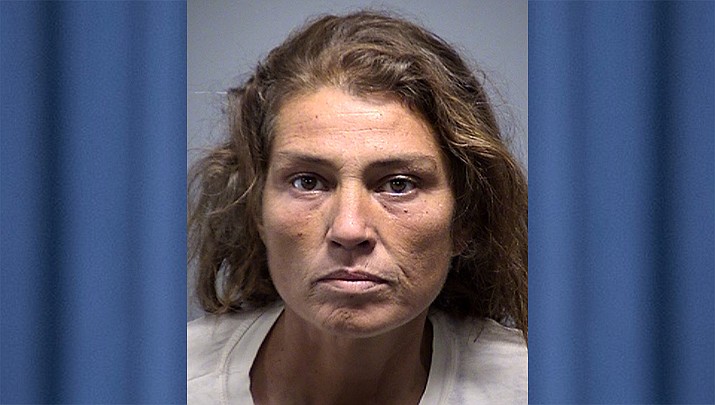 It’s Day 5 of Yavapai Silent Witness’ Catch 22 program. Today, we are asking for your help in locating fugitive Lisa Marie Belmares. Between June and September 2017, Belmares began burglarizing the victim’s residence in the 5200 block of Bice Road in Rimrock, Arizona.

Belmares, who was known to the victim, stole two pieces of jewelry, multiple rifles and shotguns, a welder, a chain saw, and a guitar. The total loss to the victim was approximately $8,500. Belmares then sold many of the items or traded them for drugs. 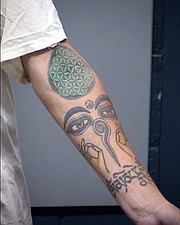 Lisa Marie Belmares is described as a 50-year-old white woman, 5-foot-8 and 175 pounds with brown hair and brown eyes. She has multiple tattoos on her left arm. Her last known address is on Bice Road in Rimrock. (Courtesy image)

In April 2019, Belmares and an accomplice entered a separate victim’s home on Zachary Lane in Camp Verde. The victim was disabled and had asked them to help him assemble a bed frame. Belmares went into the house taking the victim’s .25 auto pistol he had in his room.

Belmares was convicted in both these cases but has since been released on probation. She is currently wanted on three separate probation violation warrants, two from the above cases and one from a Possession of Drug Paraphernalia charge. She is described as a 50-year-old white woman, 5-foot-8 and 175 pounds with brown hair and brown eyes. She also has multiple tattoos on her left arm. Her last known address is on Bice Road in Rimrock.

If you provide information leading to Belmares’ arrest, you could earn up to $1,000 in a cash reward. To earn your reward, you must call Yavapai Silent Witness at 1-800-932-3232 or submit a tip at www.yavapaisw.com. Remember, all calls are anonymous. You never have to give your name.