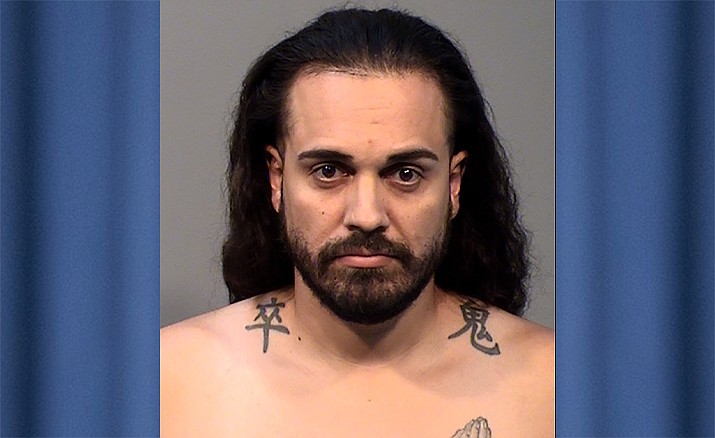 On June 1, 2022, Alvarez and the victim were at a home in the 800 block of Damien Loop in Chino Valley, when Alvarez became very aggressive. He then walked out the door and left the home. The victim gathered her two children and drove to find Alvarez. She found him in the 200 block of East Road 1 North. Alvarez walked up to the victim’s window and began choking her. She began to roll up the window and he struck the window with his fist breaking it. Alvarez continued to choke her from outside the vehicle while she sat in the driver’s seat with the two children still sitting in the back. 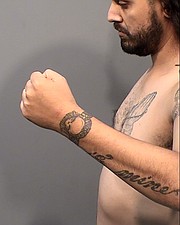 During the attack, the victim’s head ended up under the steering wheel next to the brake pedal and her feet on the driver’s seat. Her knees were touching the steering wheel as he continued to choke her. The victim began to lose consciousness but was able to use her knees to activate the horn hoping help would come. Alvarez released his grip on her and she was able to put the car in drive and drive away. In her effort to escape, Alvarez was struck by the vehicle.

Alvarez was not arrested that night as he was admitted into the hospital for injuries he sustained. He now has a warrant for his arrest for aggravated assault.

Alvarez is described as a 34-year-old Hispanic male, 6 feet, 3inches, 200 pounds with black hair and brown eyes. He also has multiple tattoos. His last known address was in the 700 block of Judy Avenue in Chino Valley.

Anyone providing information leading to Alvarez’s arrest could earn up to a $1,000 cash reward. To earn the reward, you must call Yavapai Silent Witness at 1-800-932-3232 or submit a tip at yavapaisw.com. All calls are anonymous.