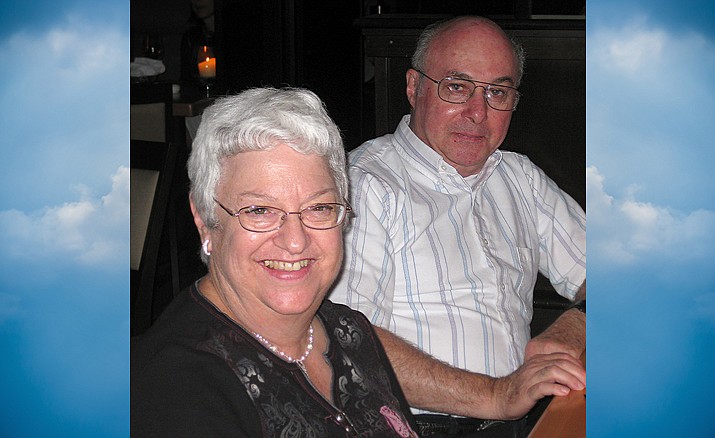 Merle Sue (Levin) Levy, age 75, passed away June 16, 2021, in Chino Valley, Arizona. She was born to Helen and Freeman Levin Dec. 26, 1945, in Chicago, Illinois. During her childhood, she moved with her parents and older brother, Robert, to Long Beach, California.

Merle met her husband Dennis on a blind date. After marrying in 1967, they lived in the Los Angeles area until Dennis transferred his job to Santa Barbara. They packed up their two children for the cleaner air o f Goleta, California, where they lived for the next 28 years. While in Goleta, Merle was active in the local Newcomers group and was a member of Congregation B’nai B’rith in Santa Barbara. She had numerous friends and loved to organize social activities. She greatly enjoyed bowling, bunco, movies, TV, and music, and frequently ushered for various events in Santa Barbara. In 2004, Merle moved with her husband to Chino Valley, Arizona, to enjoy their retirement years. While initially reluctant to leave her home in Goleta, she made new friends, took aqua aerobics at the “Y,” and got involved in the Red Hat Society.

Merle will be remembered as a loving wife and mother, who was always bringing people together. Her positivity and enthusiasm will be greatly missed.

Merle was preceded in death by her parents and her brother, Robert Levin. She is survived by her husband Dennis (who passed away two months later); son, Alan Levy (Lisa); daughter, Helen Goldman (David), and grandson Mason.

A private service with immediate family was held on June 24, 2021, at Mountain View Cemetery in Prescott.

Dennis served in the U.S. Air Force from 1963-1967. He met his wife, Merle, on a blind date, and they married in 1967. In 1976, Dennis transferred his job to Santa Barbara to escape the smog of Los Angeles. The family settled in Goleta, California, where they stayed for almost 30 years.

Dennis worked for Xerox until he retired in 1994. In 2004, Dennis and Merle moved to Chino Valley, Arizona, for their retirement years. Dennis’s various hobbies included target shooting, collecting firearms and knives, and amateur radio. Dennis will be remembered for his wit and dry sense of humor which included frequent joke-telling and wearing of funny T-shirts. He devoted the last years of his life taking care of Merle for which his children are deeply grateful.

Dennis is survived by his son, Alan Levy (Lisa) with whom he shared his birthday; daughter, Helen Goldman (David), and grandson Mason. He was preceded in death by his wife of 53 years, Merle; his parents, and older sister Arlyne. His eldest sister, Marlyne, passed away just two days after his passing.

A private service with immediate family was held on Aug. 26, 2021, at Mountain View Cemetery in Prescott.