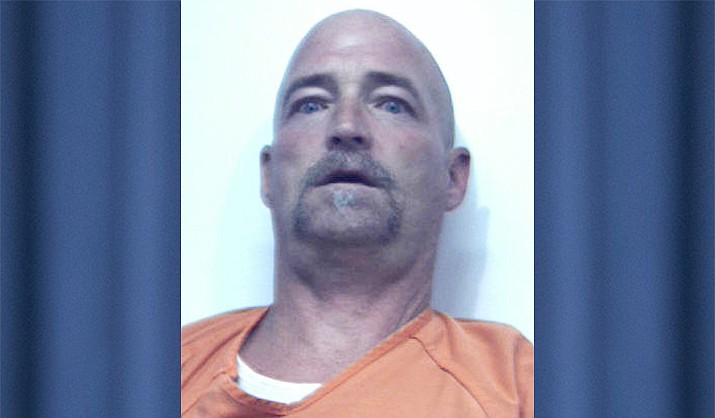 It is day 14 of Yavapai Silent Witness’ Catch 22 Program. Today, the Clarkdale Police Department is asking for help in locating 60-year-old John Gregory Lukasik. Anyone providing information leading to Lukasik’s arrest could be eligible for a $500 cash reward. To earn your reward, you must call Yavapai Silent Witness at 1-800-932-3232 or submit a tip at yavapaisw.com. (YCSO/Courtesy)

It is day 14 of Yavapai Silent Witness’ CATCH 22 program. Today the Clarkdale police are asking for help in locating 61-year-old John Gregory Lukasik.

In 2010, Lukasik allegedly took sexually explicit photographs and video recordings of two separate female victims and displayed them on the internet on multiple sites. Most of the photos and recordings were taken without the victims’ consent and all were posted without consent.

He was also found in possession of marijuana, possessed the equipment for propagating marijuana, and possessed a firearm in the commission of a felony.

In addition, Lukasik repeatedly harassed one of the victims.

Lukasik is a 61-year-old white male, 6 feet, 4 inches, 210 pounds, and bald. His last known address was in Cottonwood on South 18th Street.

He has a nationwide extraditable warrant with a $25,000 bond for nine counts of voyeurism and harassment.

Anyone providing information that leads to the arrest of No. 14 of “CATCH 22 could earn up to a $500 cash reward. To earn the reward, call Yavapai Silent Witness at 1-800-932-3232 or submit a tip at yavapaisw.com. Remember, all tips are anonymous.