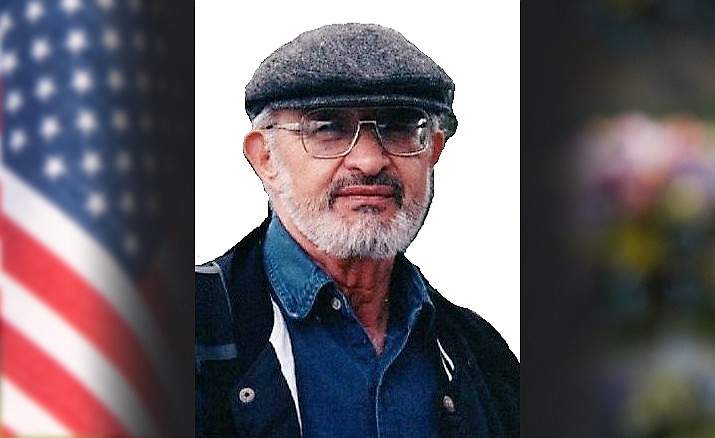 Charles “Charlie” Anthony Ochoa passed away December 8, 2021, at home with Sally, his wife of 64 years, and daughter Laurie by his side. Charlie was born April 4, 1934, in his family home that his father built in Cottonwood, Arizona in 1924. Charlie Boy, as his mother called him, was the fourth of six children.

In his early years, Charlie loved to go fishing and hunt for arrowheads. Also, Charlie had a fondness for the “hobos” in the area and shared stories of such.

After graduating from High School (Clemenceau) in 1952, Charlie enlisted in the U.S. Air Force, where he trained to be a radio operator and he was stationed in Hokkaido, Japan. Charlie finished his service in 1956 in Japan. While in the Air Force Charlie took up the hobby of photography and became a very good photographer. Following his military service, Charlie returned to Cottonwood and married his sweetheart Sally Jane Teague.

Charlie loved life, adventures, hiking, specifically in the Grand Canyon, fishing, photography, hunting, telling stories, and teaching his children necessities of life. But most importantly, he loved his family.

In his professional life, Charlie worked for A.D.O.T. for 35 years, starting on survey crews and eventually as a lab technician and enjoyed his job. He had many stories about surveying for the new interstate (I-40) that was to replace route 66, East to West across Arizona. He then worked at ATL Inc. for 10 years as lab supervisor. Charlie had a great laugh and will be dearly missed.

Funeral Services will be January 21, 2022 at 11:00 am, at Immaculate Conception Catholic Church, and interment immediately following at All Souls Cemetery.